Cities will get cozier

Smaller homes will crowd each other in new, denser developments, and they will be closer to public transit and urban centers. Knowing that square footage is off the table, your buyer clients might ask you to focus more on finding homes with upscale features or green technology.

Millennials will move out of the nest

No surprise here if you’ve read the Zillow Group Report on Consumer Housing Trends. In 2017, millennials will continue to drive up the homeownership rate by finally buying homes of their own. As millennials are the most racially diverse cohort, it also means more people of color will become homeowners. Your marketing efforts might include updated strategies to attract this new generation of buyers.

New construction buyers will pony up

Labor shortages in the construction industry — possibly compounded by the President-elect’s proposed immigration policy crackdown — have resulted in rising construction wages, which will be passed on to buyers who choose new construction homes. It will be vital to let buyers know they can negotiate for upgrade credits, floor plan options or reduced closing costs to recoup some value when they choose a new construction home.

Commuters will get comfortable

In their cars, that is. As homeowners move deeper into the suburbs — and farther away from viable public transportation — in search of affordable housing, the percentage of people who drive to work will increase. Although inventory remains low, farming local suburban homeowners might help you drum up some listings.

Current homeowners will continue to prosper

National home values rose 4.8 percent between December 2015 and 2016, and the trend is likely to continue past the New Year’s celebrations. In 2017, Zillow predicts home values will grow 3.6 percent. It’s an opportunity to check in with homeowners who might have been waiting for a better list price.

Halloween Decorations to Avoid If You Want To Sell Your House

By administrator on October 25, 2016 in Selling Process 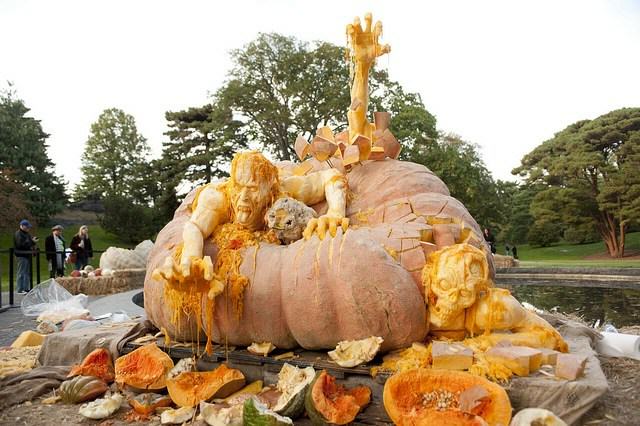 As Halloween nears, strange things start creeping up in neighborhoods across the country. Zombies hang from trees, inflatable pumpkins pop up on lawns, and freakier-looking clowns start appearing in schoolyards and supermarkets (oh wait, that last part actually began way beforeHalloween). It’s unquestionably a fun holiday to decorate for. But what if you’re trying to sell your house? Just how far can you go with Halloween decorations if you don’t want to truly scare off buyers? See below on what Halloween decorations to avoid if You want to sell your house

“Gruesome scenes of death and zombies are definite no-nos,” says Paul Sian, a Realtor® with Cincinnati and Northern Kentucky Real Estate. “People with young kids will be very unappreciative of decorations that depict murder, gore, and more.” At least we hope they will be.

And speaking of kids: Anything that depicts dead ones, even if they’re kinda creepy cute, probably isn’t going to go over too well with parents, either. You knew that, right?

We’ve already said blood is a no-no, but just in case we weren’t clear, writing scary messages in gory-looking red paint—even something as chipper as “Happy Halloween”—is a bad idea, too. It’s fine and dandy if you’re just trying to give trick-or-treaters a fright, but to prospective home buyers, this graffiti-style treatment just looks messy, and screams “go away.” 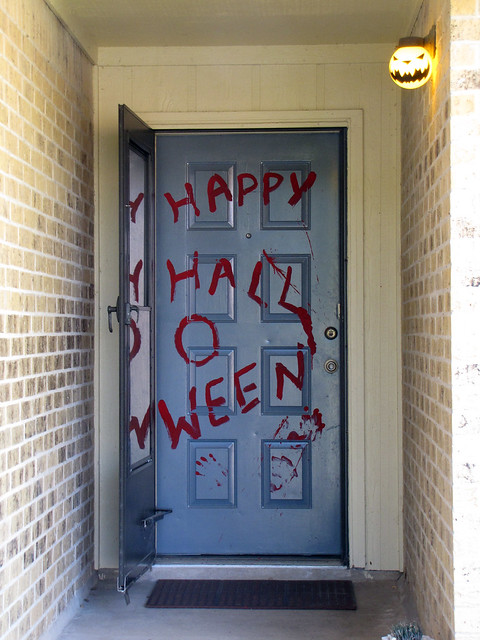 Pumpkins whose time has come—and gone

If you’re going to use real flowers, pumpkins, and other perishable decorations, make sure to keep them looking fresh. No one wants to see (or smell) produce that’s well past its prime.

It might seem obvious, but politically themed decorations are a definite don’t. This election is plenty scary enough already.

While no Realtor we interviewed mentioned this season’s scourge, terrifying clowns, we’re going to go out on a limb and say it: No creepy clowns—even if your house isn’t on the market. Talk about the stuff of nightmares…

Too many decorations, period

By administrator on October 20, 2016 in Selling Process 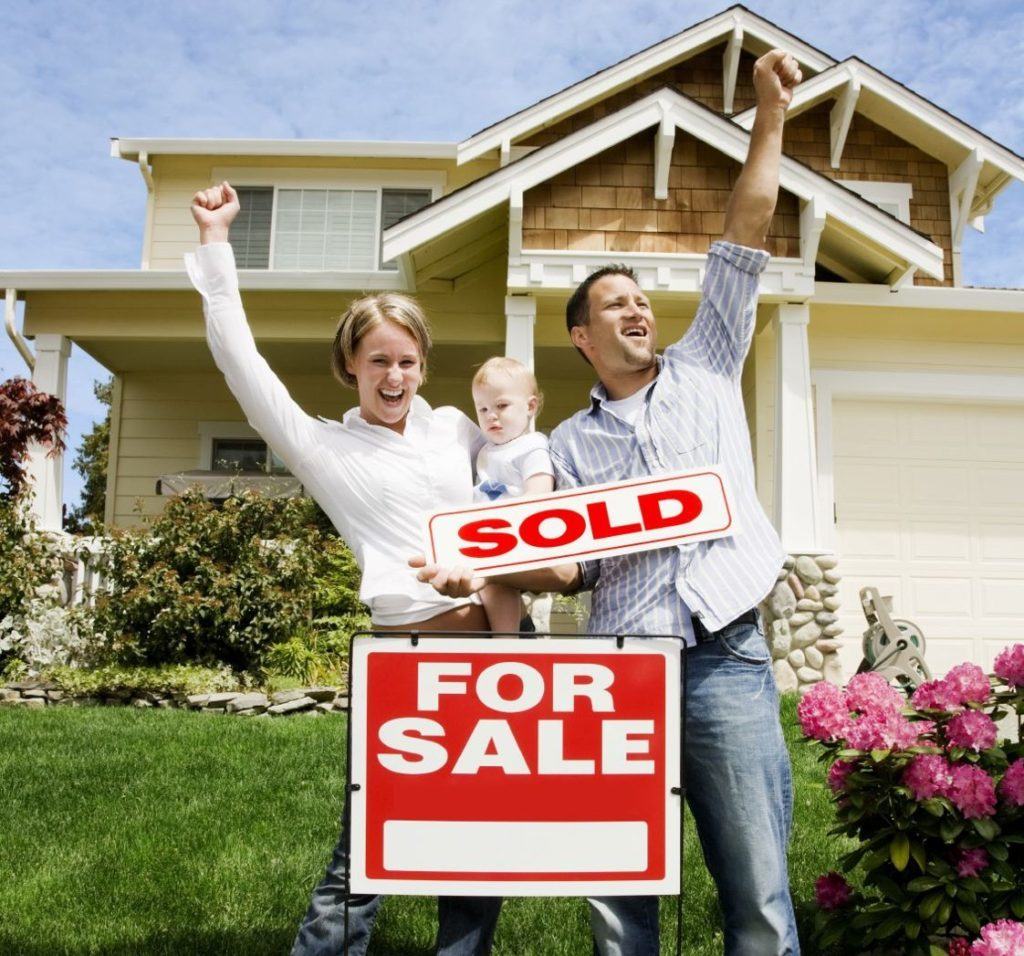 Selling Secret #10: Pricing it right
Find out what your home is worth, then shave 15 to 20 percent off the price. You’ll be stampeded by buyers with multiple bids — even in the worst markets — and they’ll bid up the price over what it’s worth. It takes real courage and most sellers just don’t want to risk it, but it’s the single best strategy to sell a home in today’s market.

Selling Secret #9: Half-empty closets
Storage is something every buyer is looking for and can never have enough of. Take half the stuff out of your closets then neatly organize what’s left in there. Buyers will snoop, so be sure to keep all your closets and cabinets clean and tidy.
Selling Secret #8: Light it up
Maximize the light in your home. After location, good light is the one thing that every buyer cites that they want in a home. Take down the drapes, clean the windows, change the lampshades, increase the wattage of your light bulbs and cut the bushes outside to let in sunshine. Do what you have to do make your house bright and cheery – it will make it more sellable.
Selling Secret #7: Play the agent field
A secret sale killer is hiring the wrong broker. Make sure you have a broker who is totally informed. They must constantly monitor the multiple listing service (MLS), know what properties are going on the market and know the comps in your neighborhood. Find a broker who embraces technology – a tech-savvy one has many tools to get your house sold.
Selling Secret #6: Conceal the critters
You might think a cuddly dog would warm the hearts of potential buyers, but you’d be wrong. Not everybody is a dog- or cat-lover. Buyers don’t want to walk in your home and see a bowl full of dog food, smell the kitty litter box or have tufts of pet hair stuck to their clothes. It will give buyers the impression that your house is not clean. If you’re planning an open house, send the critters to a pet hotel for the day.
Selling Secret #5: Don’t over-upgrade
Quick fixes before selling always pay off. Mammoth makeovers, not so much. You probably won’t get your money back if you do a huge improvement project before you put your house on the market. Instead, do updates that will pay off and get you top dollar. Get a new fresh coat of paint on the walls. Clean the curtains or go buy some inexpensive new ones. Replace door handles, cabinet hardware, make sure closet doors are on track, fix leaky faucets and clean the grout.
Selling Secret #4: Take the home out of your house
One of the most important things to do when selling your house is to de-personalize it. The more personal stuff in your house, the less potential buyers can imagine themselves living there. Get rid of a third of your stuff – put it in storage. This includes family photos, memorabilia collections and personal keepsakes. Consider hiring a home stager to maximize the full potential of your home. Staging simply means arranging your furniture to best showcase the floor plan and maximize the use of space.
Selling Secret #3: The kitchen comes first
You’re not actually selling your house, you’re selling your kitchen – that’s how important it is. The benefits of remodeling your kitchen are endless, and the best part of it is that you’ll probably get 85% of your money back. It may be a few thousand dollars to replace countertops where a buyer may knock $10,000 off the asking price if your kitchen looks dated. The fastest, most inexpensive kitchen updates include painting and new cabinet hardware. Use a neutral-color paint so you can present buyers with a blank canvas where they can start envisioning their own style. If you have a little money to spend, buy one fancy stainless steel appliance. Why one? Because when people see one high-end appliance they think all the rest are expensive too and it updates the kitchen.
Selling Secret #2: Always be ready to show
Your house needs to be “show-ready” at all times – you never know when your buyer is going to walk through the door. You have to be available whenever they want to come see the place and it has to be in tip-top shape. Don’t leave dishes in the sink, keep the dishwasher cleaned out, the bathrooms sparkling and make sure there are no dust bunnies in the corners. It’s a little inconvenient, but it will get your house sold.
Selling Secret #1: The first impression is the only impression
No matter how good the interior of your home looks, buyers have already judged your home before they walk through the door. You never have a second chance to make a first impression. It’s important to make people feel warm, welcome and safe as they approach the house. Spruce up your home’s exterior with inexpensive shrubs and brightly colored flowers. You can typically get a 100-percent return on the money you put into your home’s curb appeal. Entryways are also important. You use it as a utility space for your coat and keys. But, when you’re selling, make it welcoming by putting in a small bench, a vase of fresh-cut flowers or even some cookies.