By administrator on February 28, 2018 in Columbus and Central Ohio Market Update 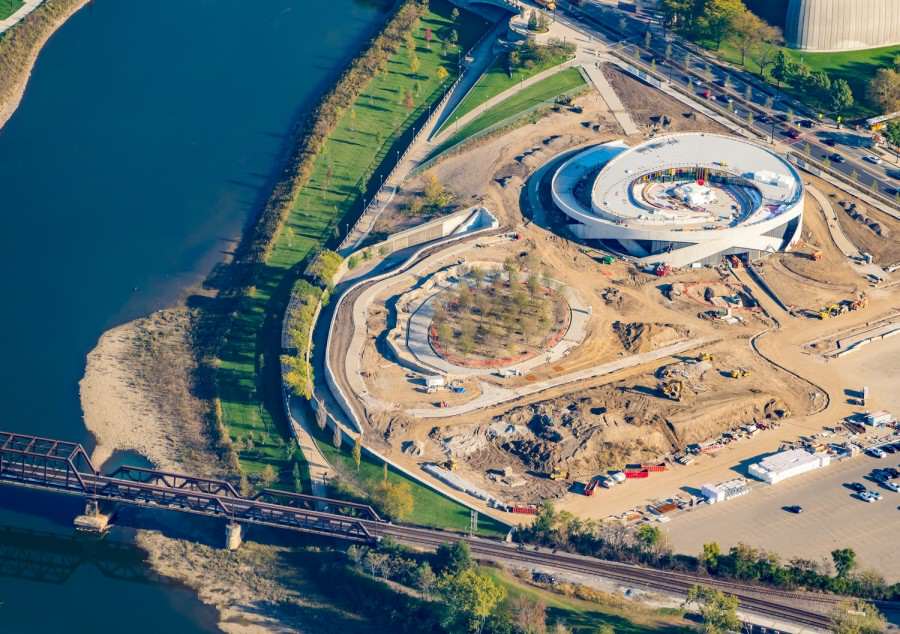 The Allied Works Architecture-designed National Veterans Memorial & Museum(NVMM) is rapidly rising on the shore of the Scioto River in downtown Columbus, Ohio, and is on track to open in July 2018.

Allied Works’s design for the two-story, 53,000-square-foot memorial museum, a circular building with a glass curtain wall ensconced in a spiraling concrete superstructure, is the result of a closed 2013 design competition that included David Chipperfield and Diller Scofidio + Renfro. The winning scheme includes a ramp that wraps around the edge of the building and up to a rooftop “sanctuary” plaza, while large concrete arches crisscrosses the museum’s exterior to symbolically elevate the sanctuary. The sanctuary will be exclusively for ceremonies, events, and reflection, and from renderings, it looks like the rooftop plaza will include amphitheater seating and look out into museum’s exhibition space.

Inside, the museum’s programming will similarly follow the building’s curves, with exhibition galleries arranged in a ring. A double-height great hall will greet visitors at the entrance, while two floors of permanent exhibition space will be arranged in a central ring and provide access to the sanctuary from inside. “Thematic alcoves” will be scattered throughout the museum, each meant to evoke a specific emotion and relay the challenges faced by veterans. 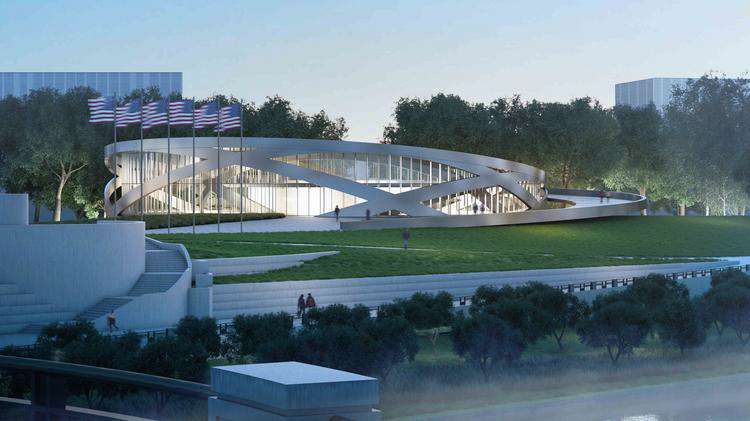 Landscape architect OLIN will be handling the surrounding greenery and have designed a memorial grove in the middle of a circular path near the museum. The grove will also contain a stone wall with a reflecting pool at the base.

The museum’s development, design, and construction were led by the Columbus Downtown Development Corporation (CDDC). The group is also managing the exhibition curation, as well as raising approximately $80 million for the project.  The NVMM, which claims to be the first national veterans museum, has set its sights on being part museum and part memorial, with veteran narratives being placed front and center. With only 1 percent of the population currently serving in the military, the museum’s mission is to expose guests, who may not personally know a veteran, to the stories of servicemen and women, while also stimulating conversations around what it means to serve. While originally planned as the Ohio Veteran’s Museum, the scope was drastically expanded to include the stories of veterans from across the country, and from every branch and conflict. In November 2017, the House passed a bill officially designating the museum a national site, capping a years-long push by the NVMM for federal recognition.